Sometimes I just have to play around to make ideas better. I often find that a good catch phrase or theme guides creativity. But sometimes creativity is driven by more than words – like music or images. Almost all sensory perceptions, really. We tend to harness those we know. Don’t ask me to make a perfume or a control gadget. Olfactory and tactile are two skills that are strangers to me. Let me relate a story or two to explain.
Back in 2001 my friend Akira Yoshimura asked me to make a new translite for the Tonight Show. We took a meeting with Debbie Vickers to go over concepts. What came out of that meeting was “America’s Town.” Akira wanted to combine elements from lots of cities to make a new skyline. In the end, I used New York on the left, Los Angeles in the center, and Chicago on the right. We put up several little duratrans “statues” of some other iconic elements of America. I ended up taking some time to do the work, driving 7500 miles in my old Mercedes 300 SEL to shoot several things. (I miss that car. Very steady at 80mph.) The Space Needle, Mount Rushmore, Wrigley Field, the Gateway Arch, the Alamo, and the Las Vegas Sign were my stops on the trip. The elements for the vinyl backing came from my stock and a shoot at USC. All were guided by the phrase “America’s Town.”
Back to cookies. 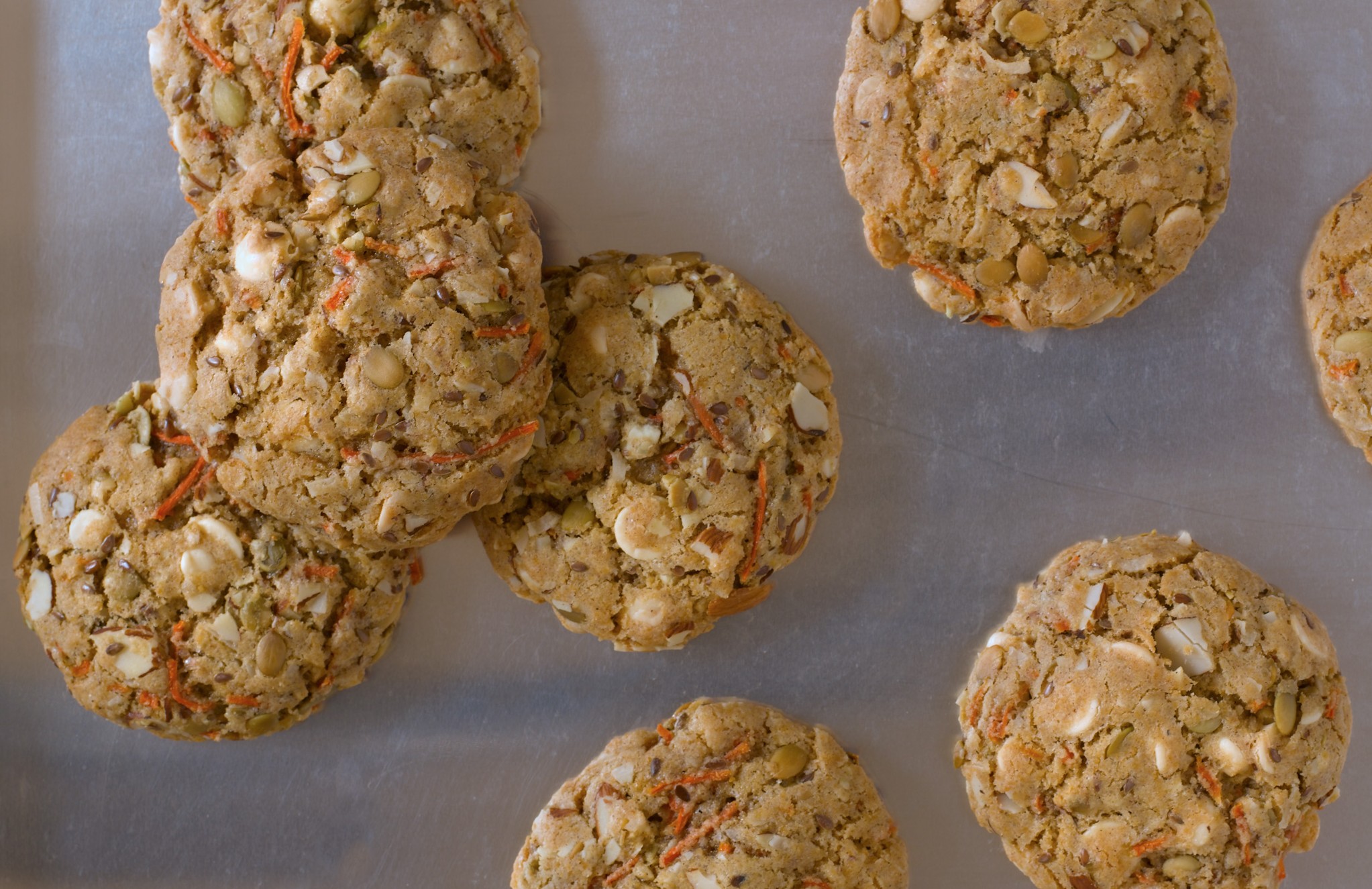 When I was shooting the pictures for the cookies, we shot some pictures of cookies on a cookie sheet. Nina wanted to make one with a cookie missing. I liked the idea. As we shot, I decided to add a shot with a cookie replacing the one that was gone. Somewhere in my little pea brain was the idea of that cookie being snatched away. So I shot it, figuring out what might come at a later time. Yesterday I had worked on a little video for the web using this pair of images. At first, I thought about making the image move along slowly, like the big ship in Star Wars, and at the last minute, having a zap and seeing the cookie disappear. I took some time to find some music to go along with it. I have some licensed music from music2hues in my library and wondered what I would find. I finally found a 60 second cut that would work, ethereal, sort of spacey, mysterious. I laid it into my video program. And I put the first cookie tray in and programmed in the move on the still image. It would slowly move to camera right.
This type of move is called the Ken Burns effect. Named after Ken Burns, the very highly regarded filmmaker known for his documentary series on historical and fascinating subjects, like the Civil War, Jazz, Baseball, and soon Vietnam, I read. I met him just one time in my life at a taping of the Tavis Smiley Show in New York City at WNET. Have a look at my youtube channel. I was there because Tavis was making some interviews in the city and wanted to use one of my pictures for his background, suggested by my friend John Retsek. In particular, I was there because we had been experimenting with a new printing technology from Sweden that was more environmentally friendly. I wanted to see it for myself and to help with the setup and lighting as a consultant. The day that Ken Burns came to the set, he complimented Tavis on the background that I had provided. Had to say that I was proud. (What was that about pride coming before something?)
So I had met the legend. And he liked my work. And now, with Good Habit’s project, I was imitating him with the videos I was making from still pictures.
I played around with the timing of the two shots and the final product shot, fitting them into the time allotted. I used the music and also added an undertone for suspense. I had noticed a cute little laugh in my files and put it in. Seemed much better than a zap. But my first pass was titled “Space Aliens want Good Habits too.” As soon as I thought I was done and I rendered it, the sense of it came to me. The picture was not dark and foreboding. It was high key, meaning that it was white and ligher shades. And the laugh, not alien. And, really, who would want to compete with aliens for cookies? Maybe with a pink bunny for batteries, but not for cookies. It was a little angel. At heaven’s bakery. The words just jumped out, “Even little angels want good habits.” It was my “America’s Town” moment. It came at the end, but there it was. Yes.
Have a look at it on my channel at youtube.com.
My other effort is for the granola from Good Habit. Here you see more of the classic Ken Burns look. Remember, I began with the idea of portraits of food, and a desire to reveal the roughness and beauty with a combination of soft and hard light. You really see the honey glaze and feel the shape of the grain, nuts, and berries on the second shot. I like this shot the best.
Good Habit Granola vid at my youtube channel.
I see that Good Habit is on twitter. @GoodHabitFood

Thanks for taking time to visit. I appreciate it.