A third of a circle… 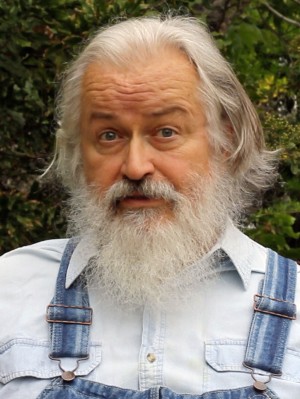 Ready to talk about stuff again

Sometimes we meet someone for just one purpose and then we never see them again. It was like that with Don Ingebrigtsen.

When I first started taking pictures for backgrounds, I wanted to explore all the tricks of the trade. One kind of camera intrigued me: the moving lens Cirkut camera. Large format meant I could print big translites with the negatives.

Maybe you went to Washington, D.C. on a school trip. And you posed together with your group on some steps by a fountain with the U.S. Capitol Building in the background. (Capital is the money or the city, Capitol is the building, as you remember) The photographer had a big old camera on a tripod. One kid was picked to skillfully run fast as the lens swung around past the left end (as the camera saw the group) hiding behind the group and ending up on the right end before the lens got there so he could be in the picture twice. As you will see in the links, this service still exists. Pretty good gig for someone who loves photography and who lives there.

So I wanted one of those cameras. A Folmer-Schwing Cirkut. Made by Kodak, of course. It took big roll film, my old friend Verichrome Pan. And some people sold a color negative for it. The color film was made for aerial photography and they respooled it for use in the Cirkut. I met Don Ingebrigtsen because he knew about these cameras and had one for sale. They worked by a clockwork mechanical set-up. As you began the exposure, the camera would start to crank along a geared pathway, swinging through part of a circle or all of one, and the film would also move inside the camera with a separate gear in sync to move the image to match the rotation. I remember seeing a little handle winding around as it worked. Just a cool thing to watch. And it took decent pictures. It had a rising front, so I could use it for real backing photography. I won’t bore you with the details on that, but translites usually need to see up more than they do down from the center line.

So Don sold me the camera, or at least sold it to the company for whom I worked. Then he asked me if I wanted a slow speed attachment. That way I could shoot time exposures. Like for night shots. Not really long ones, but maybe just enough to make it work. I told him to go ahead and make one for us. Yes!

Don also taught me a little trick. A formula. With it I could figure out  how many inches of film I would need to cover a circle view of 360 degrees. Little did I know that I would shoot with the Cirkut only for one assignment. And make one other view for a test. But I did. And that formula has stayed with me and is the most important thing that I received from Mr. Don Ingebrigtsen.

We did try one shot from the roof of a bank across from the new Beverly Center. I was learning about other things on the job, like vanishing points and perspectives. I had found a couple of patient friends in the DeCuirs, Senior and Junior. John Senior took the time to show me perspective, single point, double point, and three point perspective. He showed me how to read set drawings and how I could apply elevations and plans to make sectional views and use them to figure stuff out for my work. He showed me the power and meaning of the single point perspective and the torque of the three point.

John Junior was the computer geek of the two (with truly enormous talent way beyond computer science, just so you know. Calling John a computer geek would be like calling Bob Dylan a good harmonica player, true, but so much more to say…) and took in our long panning shot made with the Cirkut of the equally long and curvy Beverly Center Building to see how his computer program of perspectives and vanishing points would interpret the data. (A first, I believe) I will allow him to explain his program at another place and time, in fact I am baiting him to write about it, but the short answer was that the Cirkut camera picture did not follow the rules. It had an infinite number of vanishing points. Sort of reminded me of trigonometry class in the illustration about the barrel. “If you keep on taking a narrower and narrower slice of the barrel, pretty soon the curve of the barrel outside becomes flat…”

So, with this idea from Don and the coaching and training from the DeCuirs, I began to understand my world of backing photography better and could decide some things long before I arrived on set from just the set of plans. Should my reader someday work with me on a project, this is one of the reasons why I want a set of plans.

Some ideas need to be dormant for a while. I have mentioned how Photoshop has begun to be much better at stitching pictures together over the last few generations. Today I will share a few pictures from one of my summer sojourns to Minnesota. I computed that my views covered more than 120 degrees stitched together, so I call the series “Third of a circle.” Maybe I will exhibit these someday. (The math is 360 divided by 3 equals 120, okay?) Sounded better than “pretty big wide angle stuff I collected and stuck together.”

Number one. Kenyon with sidewalks empty at 6pm on Saturday. Single point perspective.

Every body went home for supper by now in Kenyon.

4 Responses to A third of a circle…