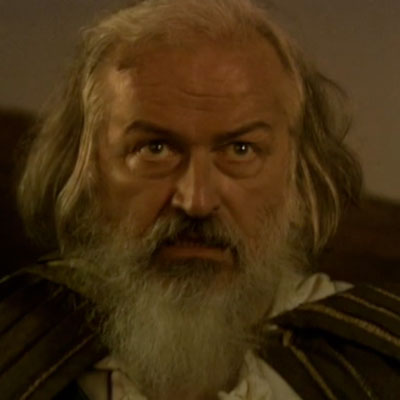 You may not know his name, but you have seen his style. Another guy who called me Dick.

We Dicks get along fine with one another. I see that a news reader got into serious hot water of the name this past week, but it never gets me in trouble. Because I am one. A real guy named Richard, nicknamed by a chosen few as Dick. I am fine with Richard, of course. Richard the Lionhearted, Richard the Third, Little Richard, Richard Pryor, Richard Burton, for his acting at least. Richard Nixon, I talked about him before. I have had some friends who I called Dick and who returned the favor. One was Dick Sylbert, production designer, movie mogul, card player, and style setter. He was one of the famous Sylbert brothers, the other being Paul Sylbert. Both were production designers and both were famous for their work. I worked with Paul on one feature that I remember. But I did translites for Dick on about ten or eleven, depending on whether I count Dick Tracy.

Richard Sylbert set styles. I think that he personally put the Wagoneer on the map for Jeep. His maroon Jeep with faux wood paneling was the traveling billboard for that brand as he drove it on and off movie lots every day. And he had a signature outfit. He wore safari clothes long before Banana Republic was open. He designed films like Shampoo, Rosemary’s Baby, Breathless (US version), Chinatown, and Dick Tracy. He was head of feature production at Paramount Pictures for a season.

The pictures I will show today were from one of his lesser known films, Partners. The film was set in West Hollywood. I remember driving with Dick one day on Highland in Hollywood and hearing him remark about a particular stretch of it because it still looked like it did fifty years before. He talked about how it could be shot for a period film with almost no dressing.

The pictures below were for an apartment set. They backed up the front door and window. We made translites, black and white film backings. These were hand developed in a bathtub in four foot wide strips and then seamed together. We could add a little color with oils. I don’t recall how much we tinted these, but it was probably very minor. 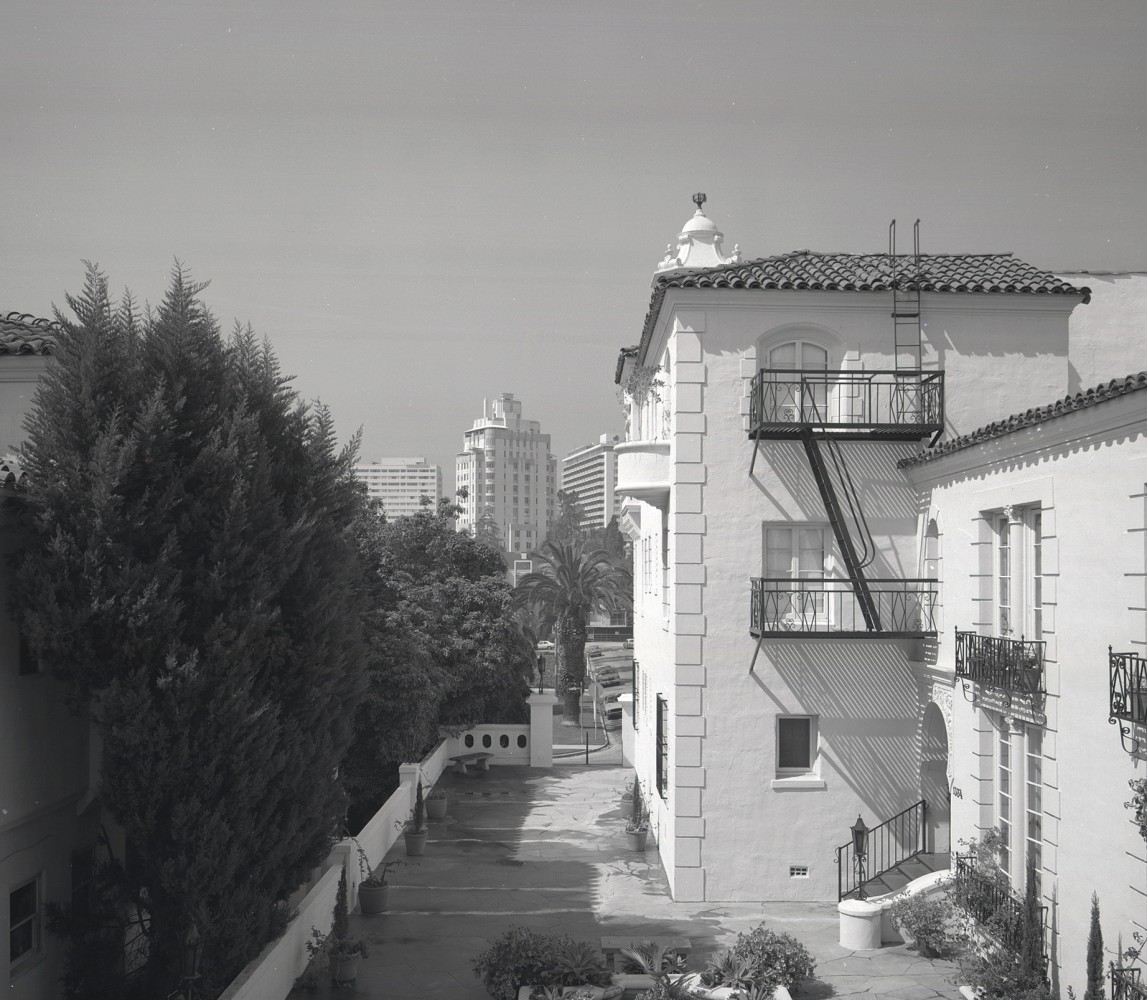 This shows the depth cues and the style for which Richard Sylbert was famous. 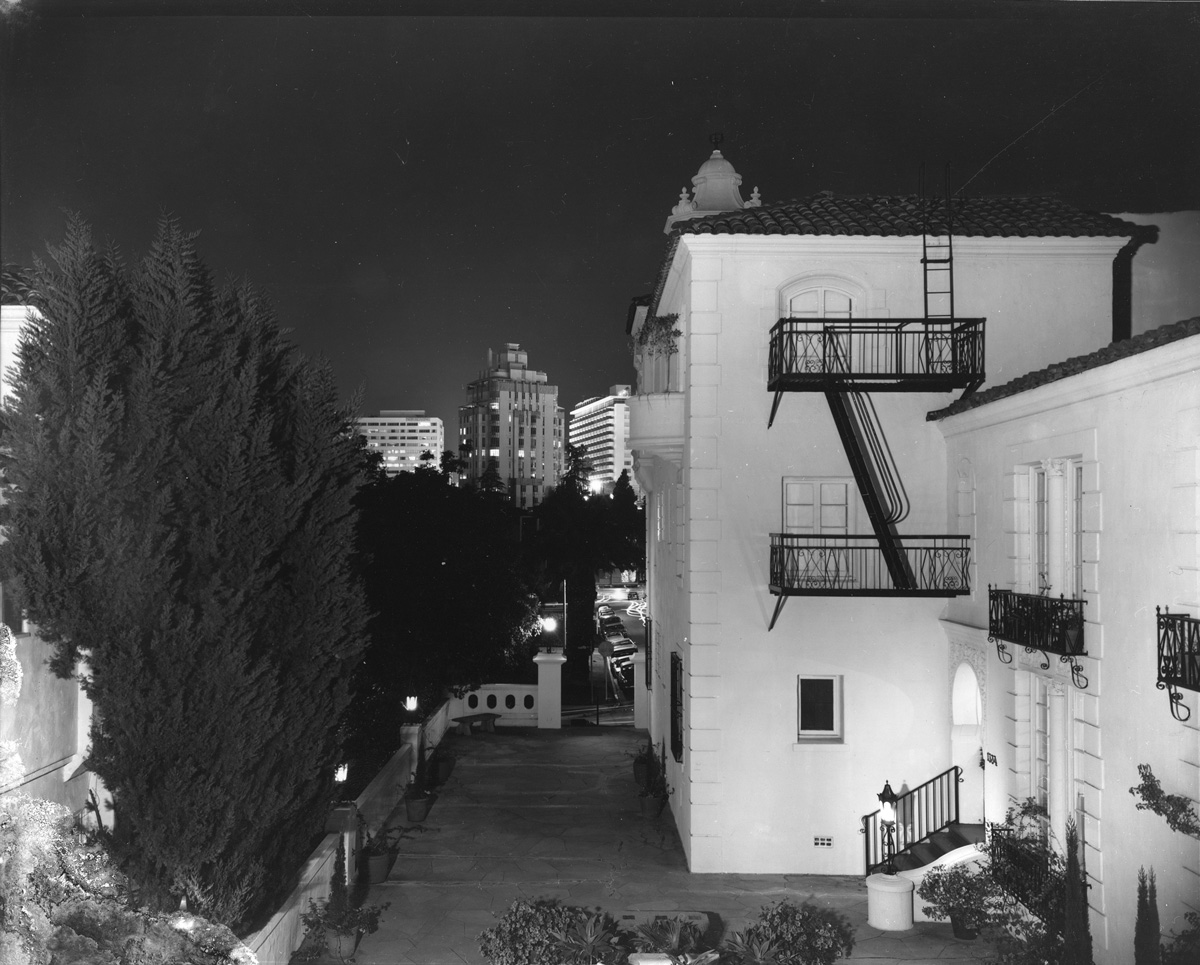 For this assignment, I shot with an 8X10 view camera on black and white film. I used Super XX for the day scene and both that and some Ilford HP5 for the night. The illumination on the walls closest to the camera came from using a single large flashbulb reflected agains the wall of the building. I experimented with these large flashbulbs until they became scarce. We even had a Bowens Blaster which was a flash bulb holder and reflector that could fire four bulbs sequentially or all at once. These bulbs had the same edison screw base that household light bulbs have today. They could replace lights in household fixtures and be fired by simply turning on the wall switch. I think that some may be available today, but coming from a special factory in Ireland. The Bowens Blaster is long gone.

My own history of nicknames has a catalog of variants. Grandma T called me Dick. To my friends in elementary, I was Richard. Early high school brought about Rik. If I recall it was from the Civic Theatre. I forsook that as a strategy in the film business, going back to Richard. (Who would spend six figures with a guy named Rik?) But my friends who shared my name often called me Dick. Dick Berger, Dick Bernot, Dick Sylbert. And my dear God Mother had the most fun. I was Dickie Bird to her. Maureen was a constant in my life and still has the bouyant joy of life today. 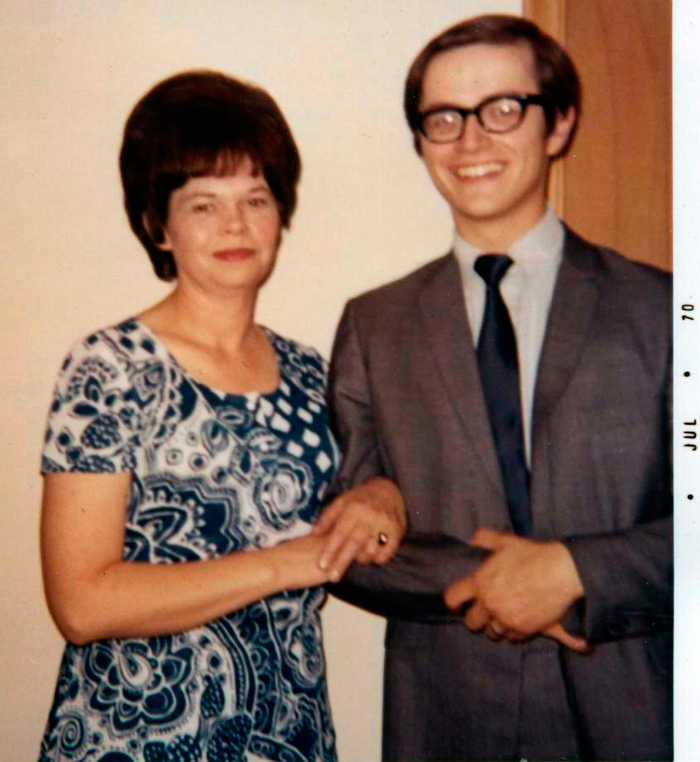 My God Mother Maureen, who sometimes called me Dickie-Bird

Richard Sylbert’s wife attended the reception for Princess Diana when she visited Los Angeles many years ago. I was reminded of her lovely lacy elegant maroon gown that she showed me when the news covered the weekend visit of the Duke and Duchess of Cambridge to Los Angeles. While Dick Sylbert might have still been on the guest list had he still been with us today, I do not rate this type of recognition. (Papa-rati, not glitterati) I am okay with that. I find myself perfectly happy to dine with my own kids and hear their stories and delight in my grandkids, to date four in number. So far, no one named Richard. It could be one of those names who comes back into style. But methinks not for a while, so long as a president can be insulted with it. 🙂