What Santa really does with his time off… 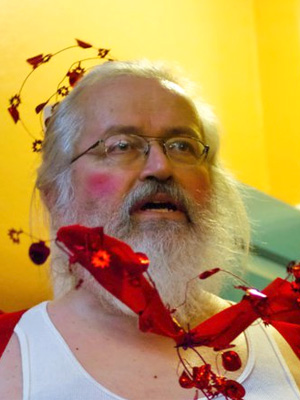 It sounded so fun. Play a singing Cupid. How ridiculous! Could be a real hoot?Good for my reel…yeah, right!

I guess I should have expected it. The question. “Do you have to wear a diaper?” Well, you will have to see the movie to find out. Yes, the character is really Santa, but working the hot weather shift. At least, that is the “back story” and I’m stickin’ to it. Singing telegram guy. Cupid. Me… Cupid? Stupid? No, I actually had a ball. Met some new filmmakers and got into the part. I even wrote the song I sing. Guess you will have to wait for the movie for that too, unless I can get my dad to have Ark Music Factory make me a music video first. (Note to self: who are you kidding? I am no Rebecca Black) Poor Robin Givens. She will have to survive being cast in the same film as me. 🙂 She will do just fine. Anyway, it is called Should’ve Put a Ring on It. I think it may actually be released soon. Director and Editor is Jason Horton. His first rom/com, as they say. (Romantic comedy) Watch for Tiara Gathright. She “lights up the room.”

Jason is taking the weekend off, according to his blog, but he will soon start three, yes three horror pix right away. Glad somebody’s workin’. How about that econ’ recovery!

I found a great list of comedians who were hefty. I guess I am in good company. John Candy, John Belushi, Curly Howard, Oliver Hardy…how about Jackie Gleason in the Honeymooners?

So this post was mainly about silliness and roughness. I shot a little vid with my buddy Terry G Reed at Murph’s Media this past week. He has fun with a broken bluetooth. Click the words to get to the link on youtube.com. I will present some still frames as examples of roughness, making them more visually attractive, in my opinion.

The first one is a medium shot. What surrounds our character is a sea of urban textures: chain link, bricks, rust and peeling label on the dumpster. And even his shirt has some texture, being flannel and wrinkled. You will also note the stubble on his face and the carefully worn wrinkles there. 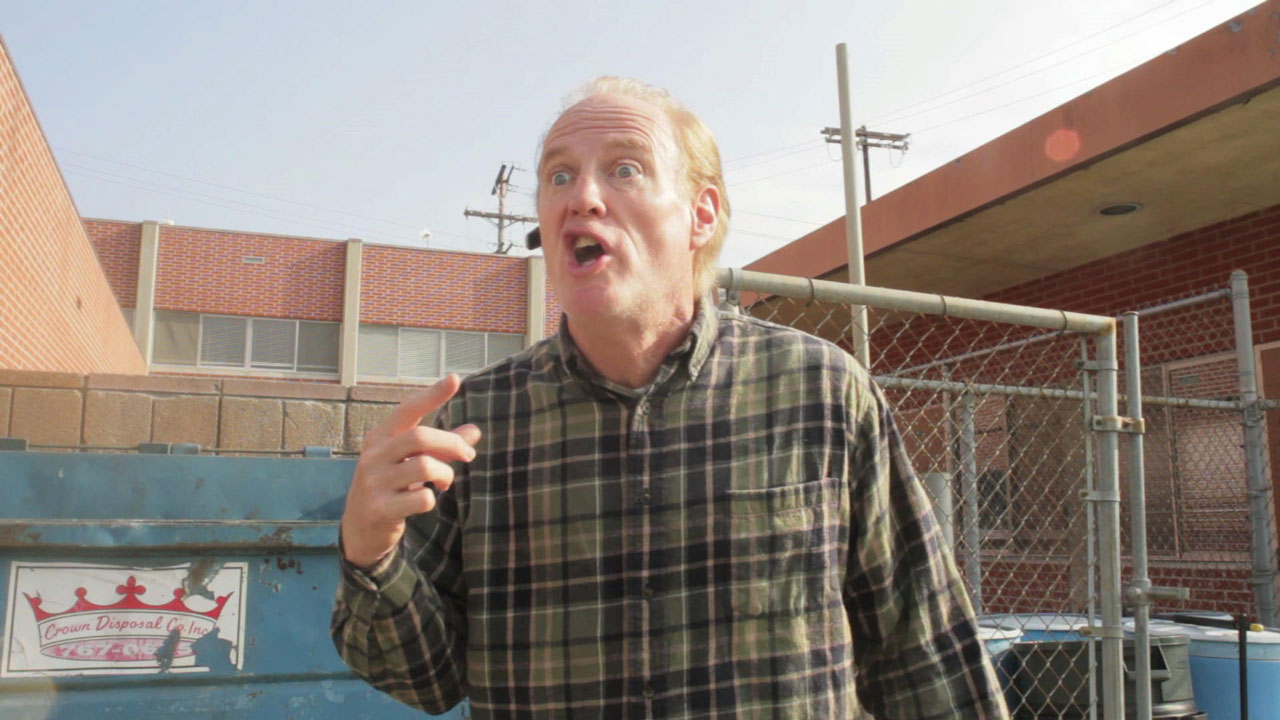 The next frame is closer. This particular frame is from the last part of the short film. I loved the play of light. Better detail on his face. 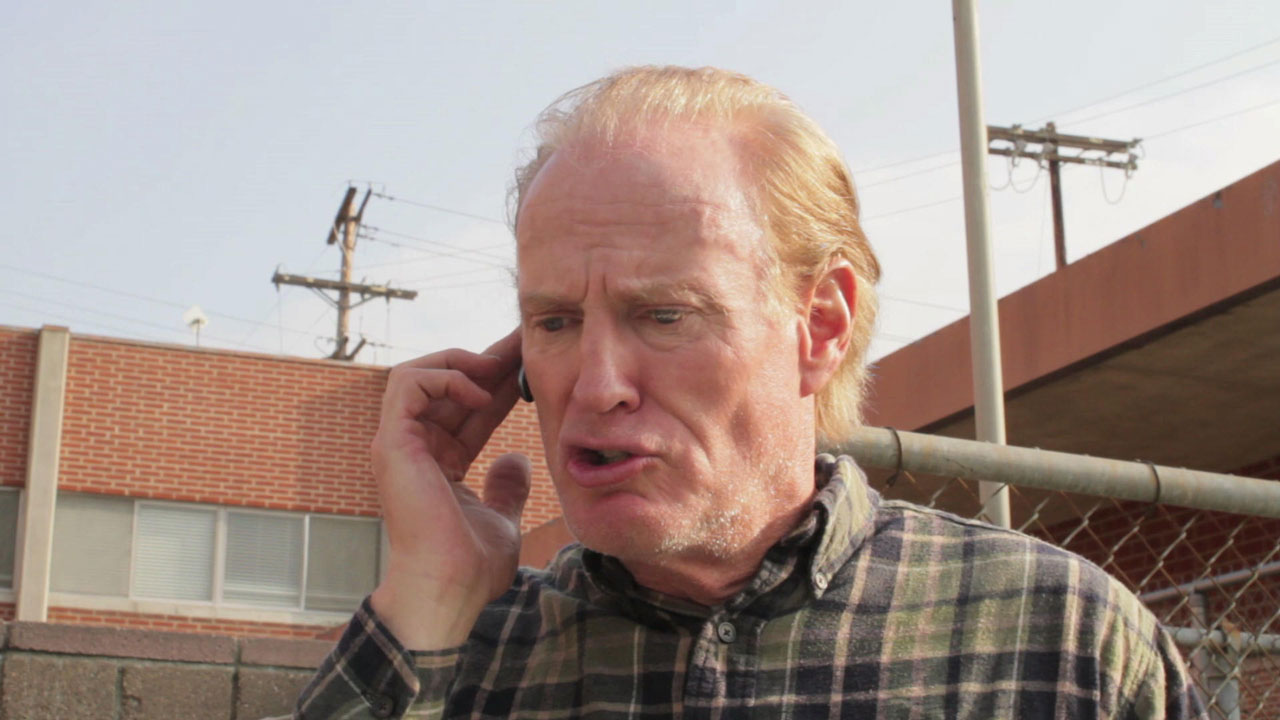 As we move in to a tight close-up, we see more of his face and the background begins to soften. This adds a depth cue. His hair and face really begin to dominate. 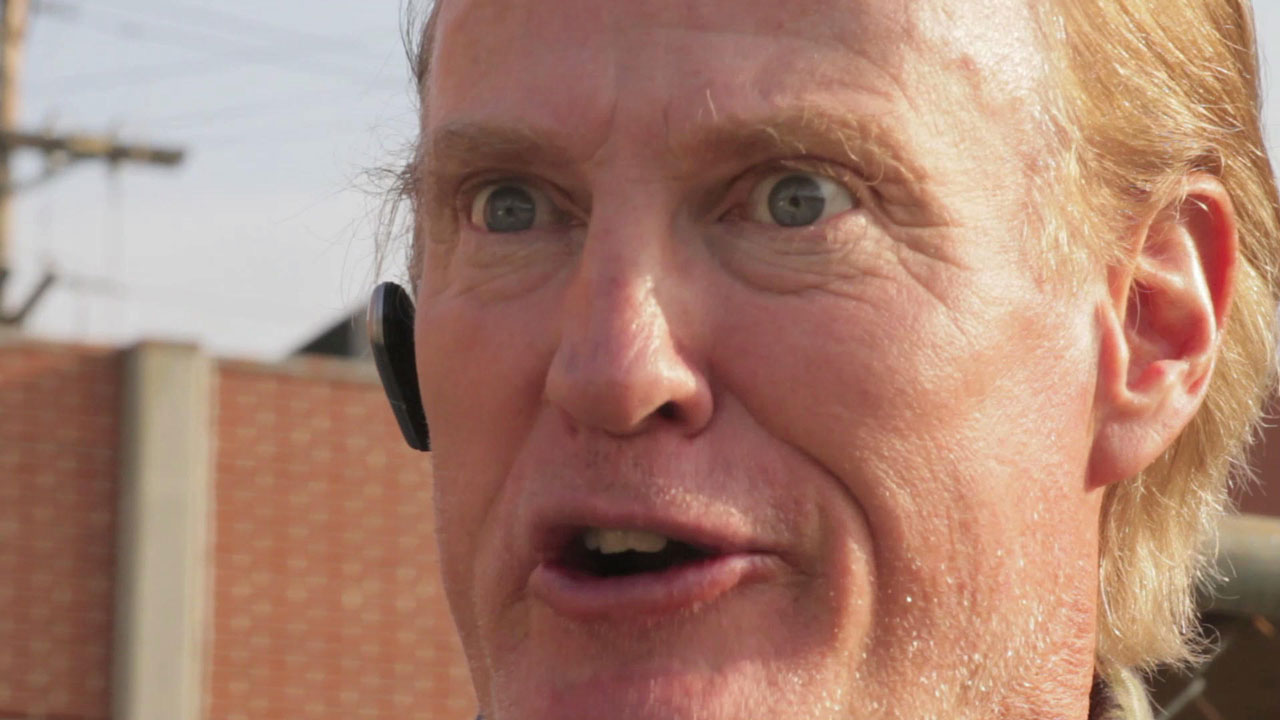 The depth cue of the soft building still shows roughness and plays well against the wisps of hair in this extreme close-up. Terry’s face really dominates the frame. He is inescapable. 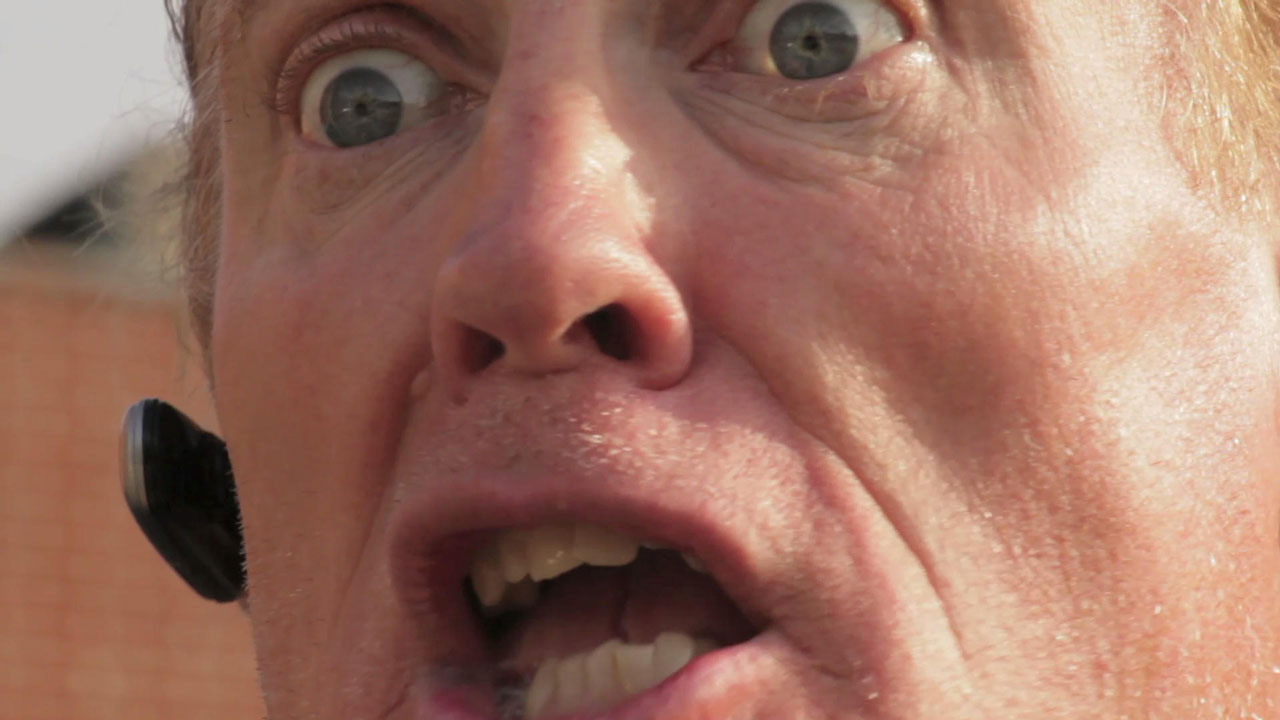 Extreme close-up gives us maximum texture of Terry's face with a distinctly out of focus background.

I hope that you enjoyed the light-hearted post. Santa needs to keep his jolly. Life’s experiences can have the power to bring us down. I appreciate good humor more each day. Cheers! (okay, so I don’t actually know what the Brits mean by that, but it sounded good.) And thanks for reading. If you liked it, share it.

Translite photographer and a reader and a talker.
View all posts by Richard Lund →
This entry was posted in Motion Picture Stories, Roughness Is Beautiful in Pictures and tagged Cupid, Jason Horton, Murph's Media video, Richard Lund, Roughness in pictures, Terry G Reed. Bookmark the permalink.