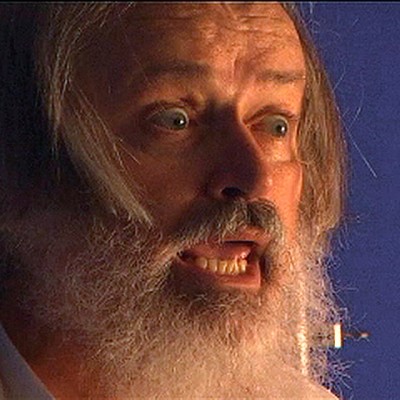 Mad scientist Richard Lund is surprised to see his experimental subject has disappeared.

So today I will talk about somebody who knows how to make connections. More about that in a New York minute…

Ken Hardy is a regular guy who works hard every day at a job he loves. Of late he has been the production designer for Law & Order: Los Angeles. Now, L&O (that’s what we call it at my house) is very dear to our hearts. It has not quite reached the level of a sacrament. It is not the video version of a desert father‘s homilies. But we do see a whole lot of it on our tiny little TV set. We watch the original flavor, the SVU version, we catch Criminal Intent, we even watched the Jury show when it was on. And, to our chagrin, CI and LA are toast. CI will live in re-run land until the Electro-Magnetic Pulse bomb takes out our video feeds, but LA just did not make enough episodes. So maybe, just maybe, we will have to plunk down the money and buy the iTunes version or whatever. Dick Wolf would be welcome at our kitchen table, just so you know. I have not met him so far, but I did find work on some of his shows over the years. We are so bad that we study the UK versions to learn how to talk Brit L&O. “Would you like a cuppa?” “Crown Prosecutors” “DS (Detective Sargeant) Brooks” The orphan was Crime and Punishment. We did not connect much with C & P, though. Must have been a bad year for TV addiction.
Back to Ken Hardy. I met him on The West Wing. He was the man who carried the ball of production design for many years. Most of the show, in fact. The sets just seemed to go on and on in a warren of hallways across a couple or three sound stages at Warner Bros. They were so good that they photographed better than the real White House’s West Wing. You will remember President Bartlett. He was somewhere between Bush 41 and Obama, if you recall. The only problem with his administration was that stupid term limit amendment…

So Ken called me up one day and wanted me to make yet another backing for their series. The West Wing was the series that made the most backings with me of any other in my career. (Maybe 20? All backlit vinyl.) And we got to shoot the real place. Twice. More about that another time. This time, the location was Warner Bros. in Burbank. Ken explained that he wanted to make a backing of a hallway that connected one section of set to another. That way, if they wanted to strike one section, they could and just put up the hallway backing so that the first section could still be fully utilized. Make a backing of a set. Now that is a connection!

So off I went and shot it. There is a little trade secret for scale photography that I use to make hallways work. I learned it years ago and applied it for the first time on a show for Bo Welch. So it was a tune I already knew how to play. They put the lights on the set for me, I shot it and bam! connection made. And here is the West Wing’s version of the West Wing hall. 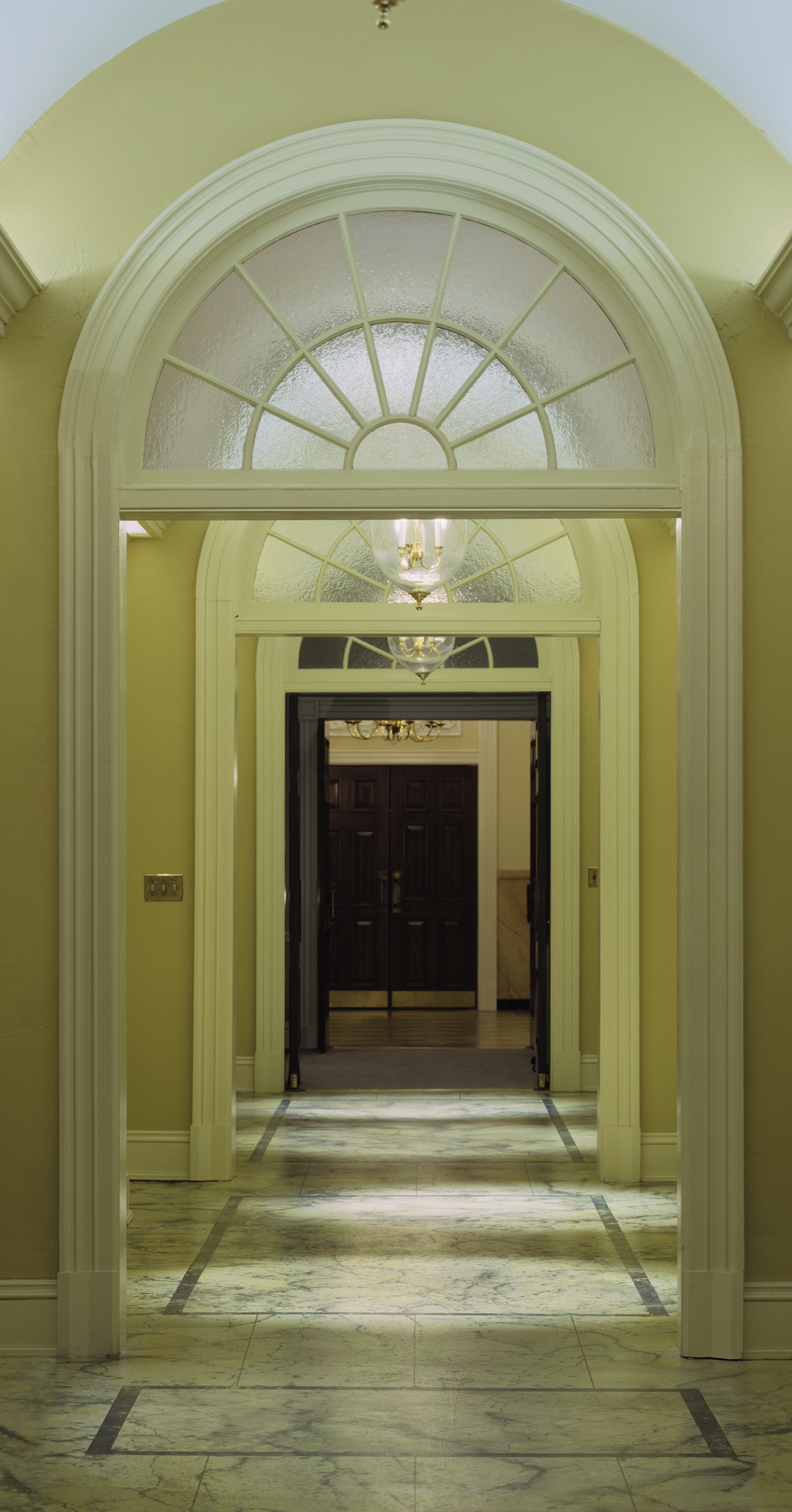 I like the fan details. And the colors. And the lighting. And can you guess? The roughness! Yes! But I should. It is real television design by my friend Ken Hardy.

On a completely side note, the Electro-Magnetic Pulse Bomb may not come to us, who knows?. But there is something in the newer versions of the EA-18G Growler that makes military leaders want it. Keep your sensors open if you like military hardware. This one could be a game changer in future conflicts, according to one source.