The lust of the eyes, or just gimme the cookie already…

Selling stuff requires desire, even if it is good for you. So my young friends at Good Habit took a chance and roped me into making you want some. To eat. Cookies. (And granola. More on that later.) They gave me some ideas from the work of others that they liked and we got to work. I stuck to the tried and true of my youth and also tried to make pictures that made sure that people would want them.

As the Good Book says, “the lust of the eyes.” Desire is another name for lust. English has it right when it gives us the word desire. Could be good or bad. Lust in English tends to be on the side of bad, of course. But bad can be good. Just ask someone under the age of 20. Or refer to my post about the maps… 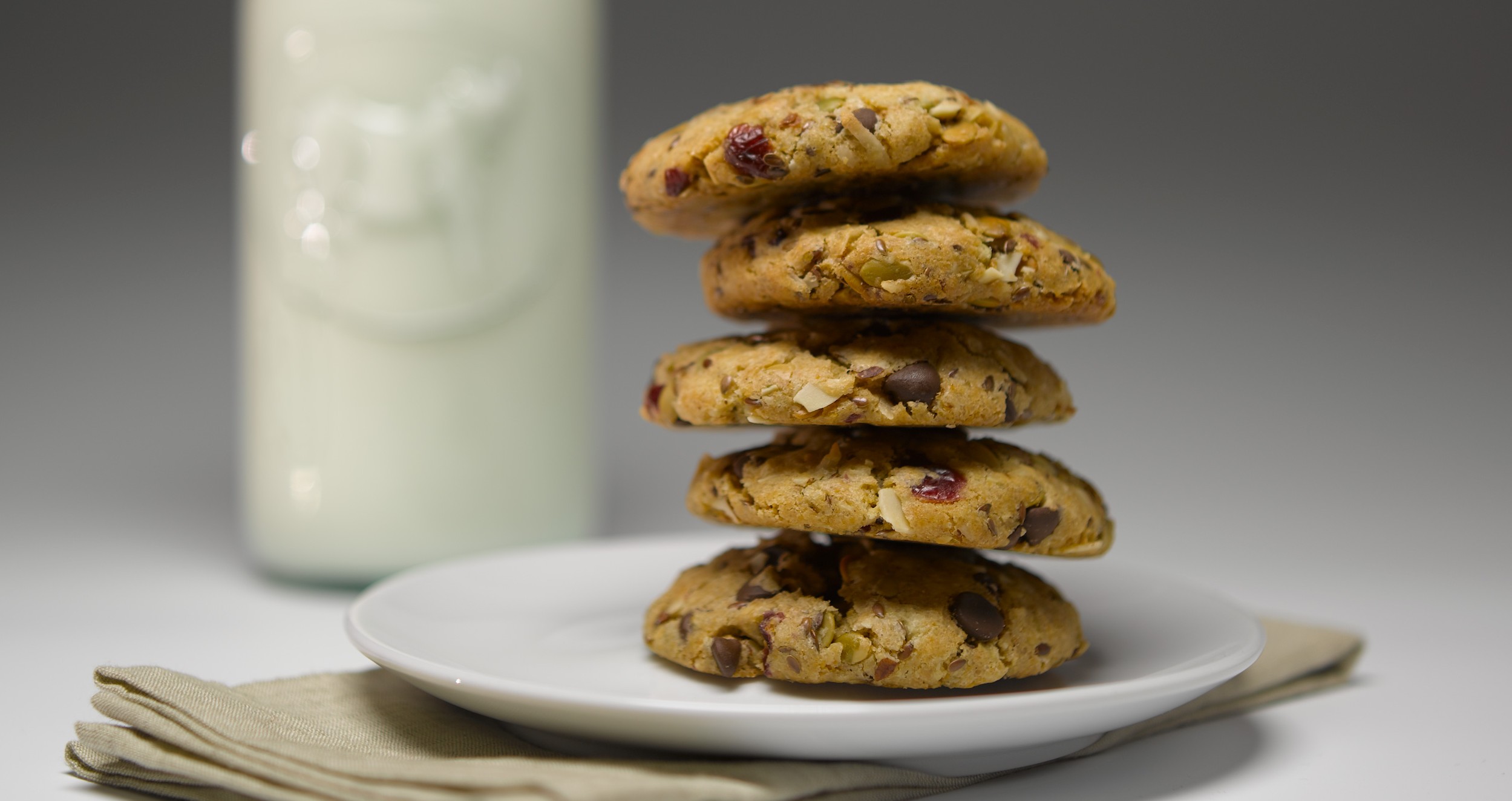 Anyway, I took the idea of portraits, put in the big soft top light of a Diva Light and kissed the cookies or granola with a small source hard light so that the texture would sing. A little added magic from good old Photoshop, (Thanks, Knoll brothers) either blending a lighter exposure with a soft brush or using a layer adjustment with that same layer mask soft brush helped to add just the right touch of highlight.

For many years of digital work, my soft brush favorite was a program called Live Picture. (I paid $3500, now its free.) I first heard about it while standing in a parking lot at night in Minneapolis while I was shooting the skyline. (Half coastal, remember!) A guy came up to me to chat. Kinda hard to be inconspicuous with an 8X10 camera on a tripod. I had begun to use the Mac for digital work. But I was somewhat hemmed in by the file sizes I used, pretty darn big. Photoshop used a scheme to handle large files called “virtual memory.” The amount of Random Access Memory (RAM) typically available for my Quadra 950 was about 64 megabytes. So if a file was larger than about a third of that size, the part of the file not needed for display on the screen at the time would be parked on a hard drive temporarily in “virtual memory.” I remember one time working on a file for Greg Kinnear’s late night talk show when I made a selection on one image, waited about 40 minutes for a second image to open, and then waited another 45 minutes for the image from it to “paste into” the first one. I had not learned to use the path tool or channels at that time, so the whole process had to be repeated if something went wrong. Live Picture had a revolutionary ideas of using layers, using just the part of an image needed to display on screen, and of holding everything until the end of the work without changing the original files until a last process of completing the changes all at once called “rendering” was completed to make a completely new file. That end process could also take hours sometimes, but that was not important, as I could go to sleep and see it later. Eventually I was able to work on files for some NBC news shows with Live Picture that had literally hundreds of layers. Photoshop came out with its version 3.0 later which had layers. I tried to do a job in Photoshop after it did, but had to stop two times while working on it to still buy more RAM. Each 16mb RAM module cost $700 in those days, so I spent $1400 for the first additional group and then did it again to bring it up to 128mb by the time the job was done. I ended up maxing that machine out to 200mb before I gave it a rest. Until Photoshop came out with CS 4, Live Picture was still better at soft brush work. The Knoll brothers software had finally arrived. Now with CS5, it will see more RAM than I can put into my MAC. Very happy news. Gets cranky around 24 GB of active file size, but who wouldn’t?

Back in the olden days of film, we would have used the Dedo light for these kinds of lighting challenges. I first used this light on the work with David Mitchell that I did on the EFX show for Vegas photos.  They were reproduced as projections with a monster slide projector from Europe. (I remember the first time David talked to me about this – he spent forty-five minutes giving me the whole show in an phone call, play by play – amazing verbal description from David, perhaps one of the brightest men I have met to date except for perhaps the senior and junior John DeCuirs.) We had a scale model of a hillside. Pretty big, taller than me. It needed the play of light from nature’s peek-a-boo clouds, but we had to make our own on the sound stage over at Zoetrope or whatever they call it now. If I recall, the gaffer had to go back time and again to bring more dedos until we had every last one they had. The dedos were so cool because you could really control them and hit just what you wanted to hit. Terribly pricey, if I remember. But now, hey, Adobe does it better in post.

Here is the close-up. 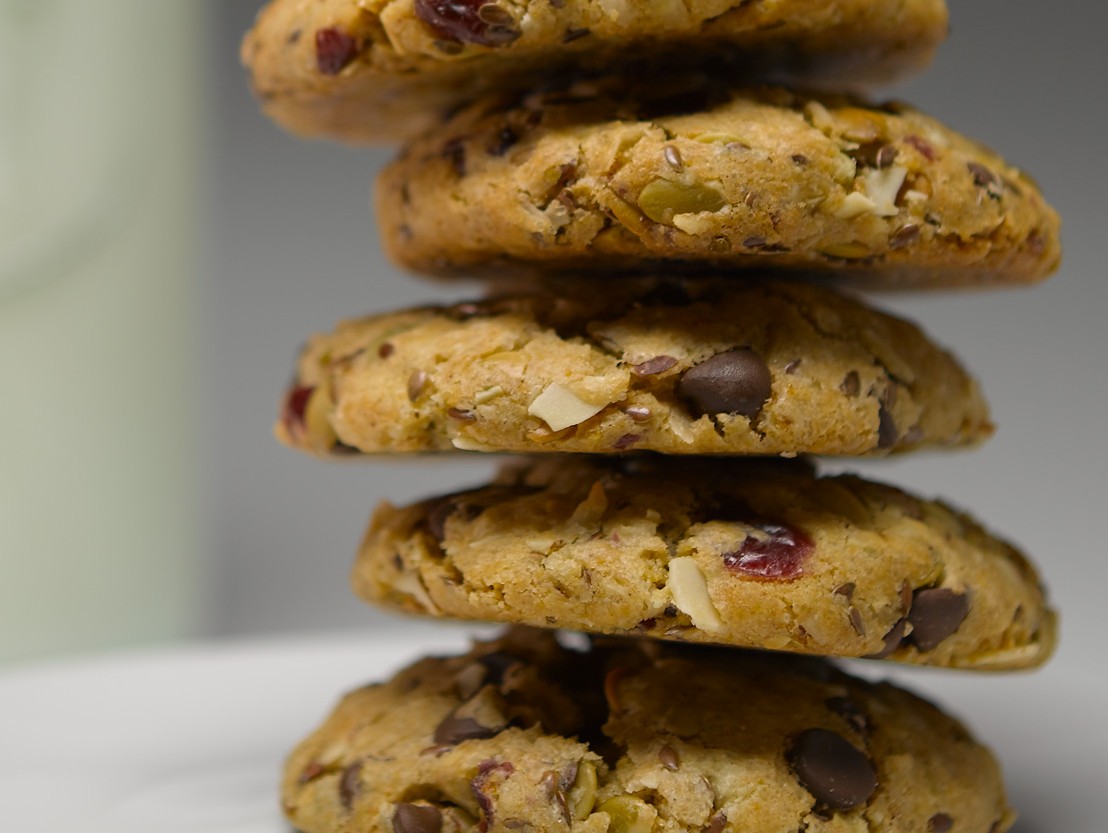 Tight close-up reveals detail of roughness. I did the highlights in post.

10 Responses to The lust of the eyes, or just gimme the cookie already…