The part you didn’t see…much 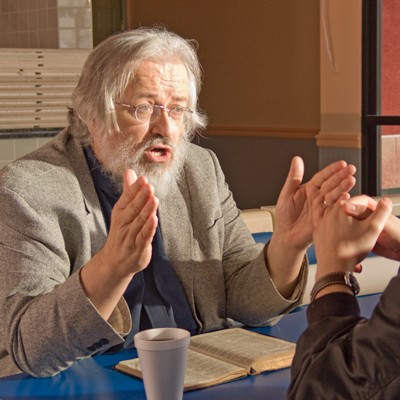 Arguing that “there is a fractal for that” Richard Lund

Back in the “we got to try out something new department…” Jim Fenhagen got me involved with a new project way back in the last century. In fact the last millenium. Somewhere around 1995…

Guy Pepper was the king of the look of NBC news in those days. He was the director of Dateline. It seemed to spill all over prime time in the nineties. Four nights a week for an hour and Guy would wrap it up with those famous words, “Good job, everybody, let’s do it all again on Tuesday.” or whatever night was next for the show. And he was very popular with the brass. He had an over the shoulder look at just about everything on NBC news. Jim Fenhagen was his go to designer, then partnered with Erik Ulfers at Production Design Group. They had their office in the fashion design neighborhood on 27th Street if I remember. Today I will show a little seen element. But first, the news…

Sometimes I get it wrong. I remember that we were making an update to the Meet the Press set in 1995 and 1996. Tim Russert was in the captain’s chair and I had a high respect for his work, shared by many. Never met him in person. But even by osmosis I was proud to work with him.

And I remember that this new project was for the purpose of making a set that would work well in high definition production. And I thought it made some firsts, like the first show regularly broadcast in Hi Def. I blurted this out last year in front of my friend Brandt Daniels. He pointed out to me that the Tonight Show was first to be broadcast in Hi Def and that he remembered that Sony came over and worked with them on the cameras and got it going. And I remember the Hi Def monitor in the control room where we studied the color when we were doing the new translites for the show in the late nineties. So he was right. But what did I remember? I see from wikipedia’s article that the Meet the Press show’s set was the first for Hi Def and that it was only broadcast locally that way. So I stood corrected.

I do remember that Jim had talked about how they had made a new table and that it had to be redone to be better because the cameras saw way too much detail. And I can remember thinking about the news anchors in coming days who would just age out with the wrinkles showing a bit too much gravitas. Not sure about that part.  And I imagined that the pull of television was in what we did not see on the screen and had to use our minds to imagine, locking us into the couch potato position with standard definition stories. I figured that with so much information in the new images, the mind could relax and disengage, causing a fundamental disconnect with the boob tube. None of which actually came to pass, of course. We have progressed from radio to television on greenish round tubes to square tubes to color pictures to flat screens to high def to 3D glasses and sound all around. Just keeps changing and people are still glued. I was wrong again. I guess. And what these new hand held screens on smart phones will do is nobody’s prophecy.

So here is the final world map I made for the Meet the Press wall where they put guest three and four. Lots of dreamy blur, background peacocks, and glowy land with blazes. The picture below this one was a first try from December of 1995. I like the February 1996 one better. 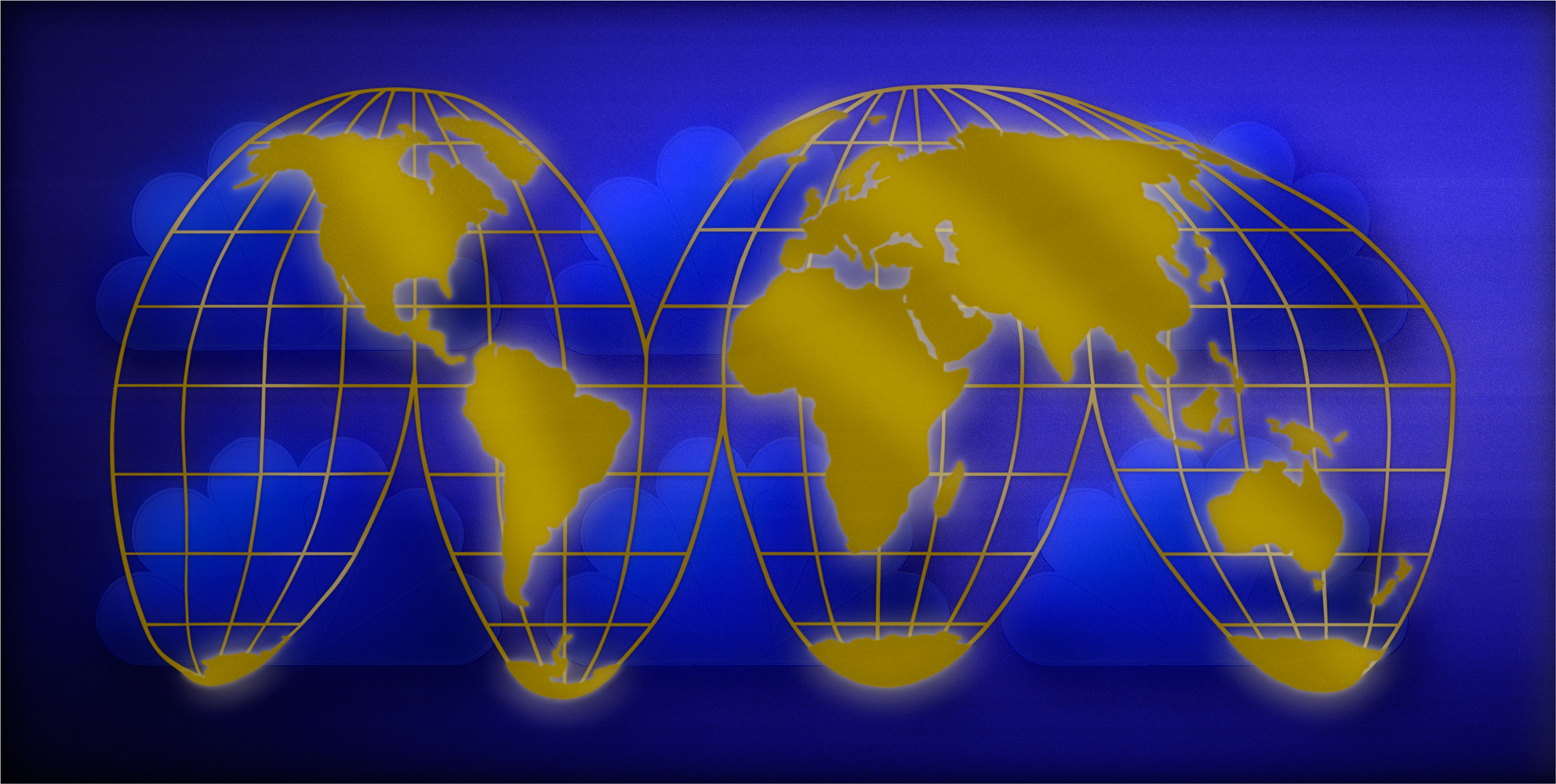 The final version of the World Map for Meet the Press, made on translite 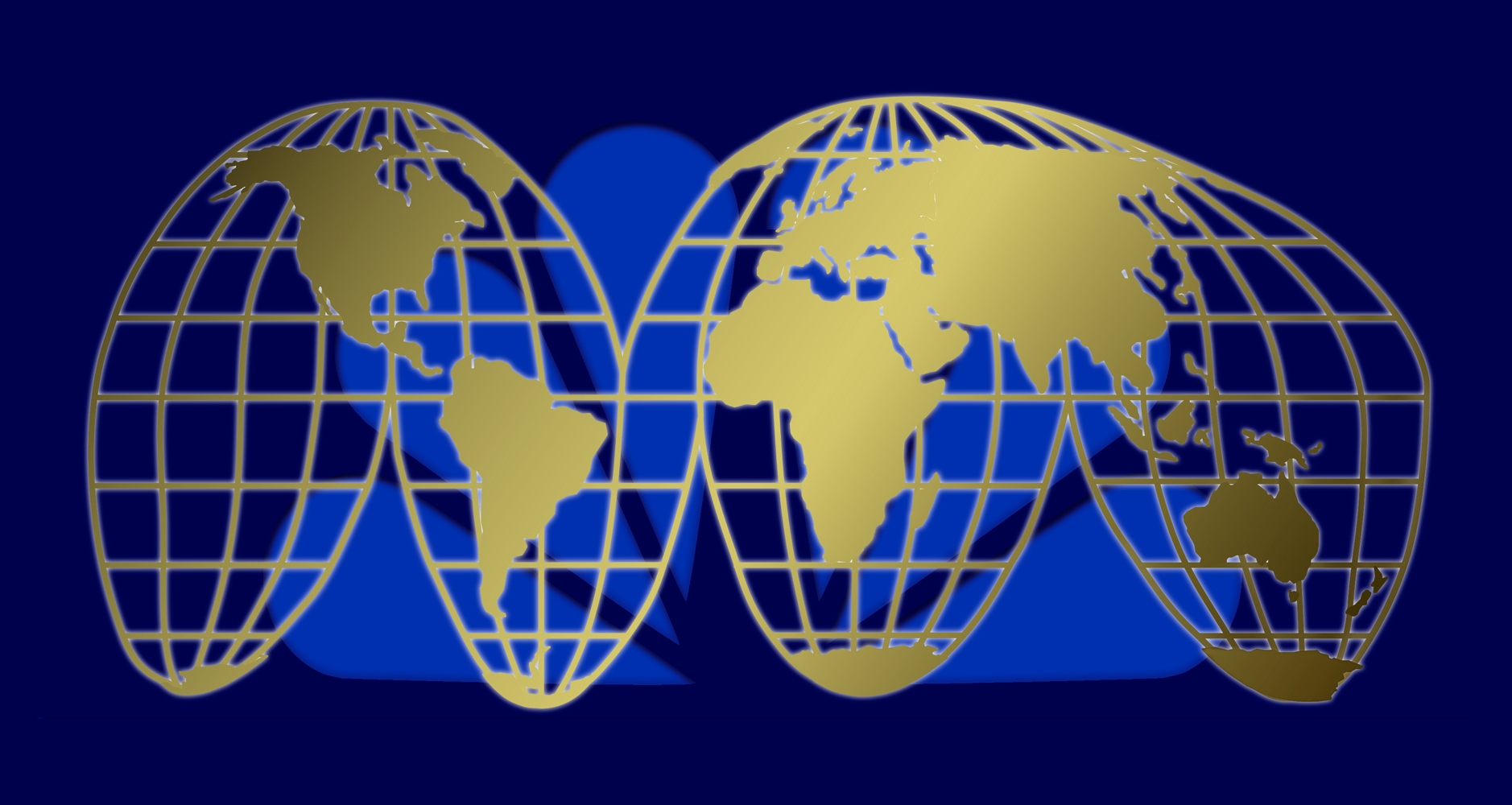